About The sky mulberry field？

A huge mulberry field of about 25 hectares of agricultural land spreading over the mountain 600 meters above the altitude of Yamaga City Kosaka district. It is a big mulberry field that spreads to the sky just under the eyes, from Yamaga city area and far away from Ariake Sea to Shimabara Peninsula.

This agricultural land on the mountain (The sky mulberry field) has been a deserted cultivation abandoned land for over 20 years until 2014, since several years created as a meadow at that time.

There are reasons to have created the rough and vast upland fields as mulberry fields. It is to regenerate at least one farm land abandoned in cultivation in Yamaga City, an idle farmland and to revive it as a good agricultural land. Furthermore, it is because it is possible to cultivate silkworm-friendly organic mulberry leaves, silkworm-friendly without being influenced by pesticides in the sericulture industry which is very influenced by agricultural chemicals, far from the flat land to the mulberry field.

As of July 2016, the planting of 80,000 mulberry seedlings has been completed in about 90% of the mulberry land area of about 25 hectares. Considering various conditions such as the soil and the climate of this "sky mulberry field", we selected "HAYATESAKARI" for mulberry varieties. 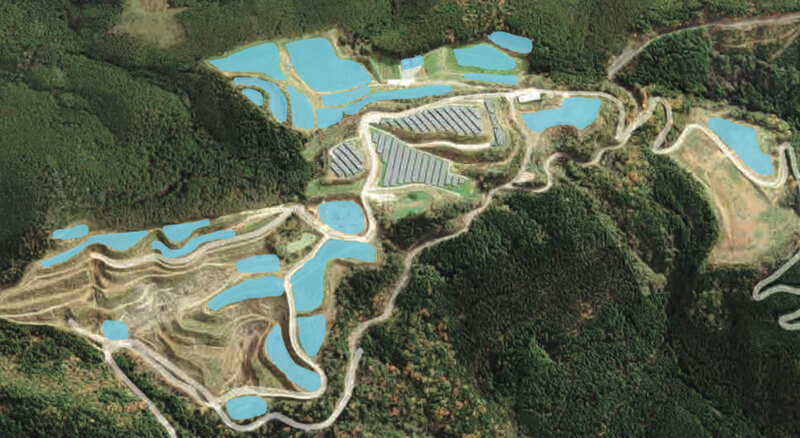 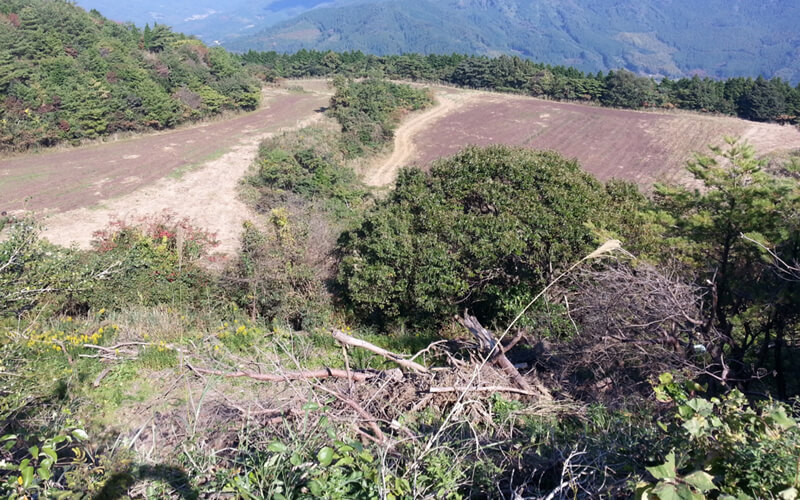 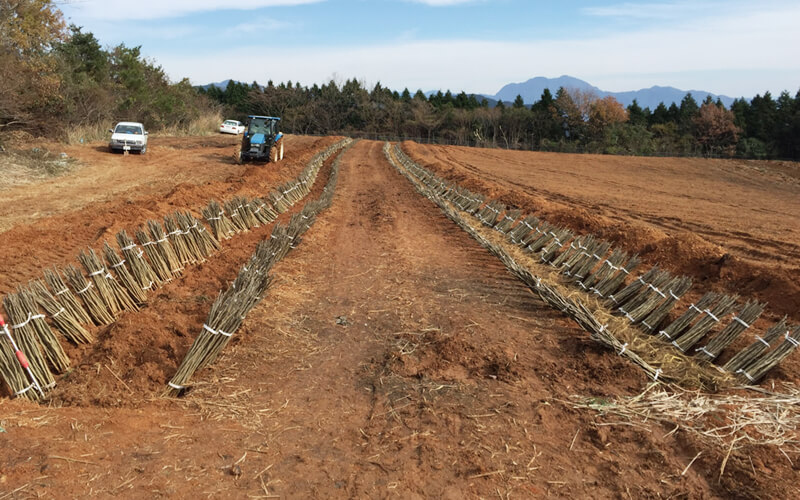 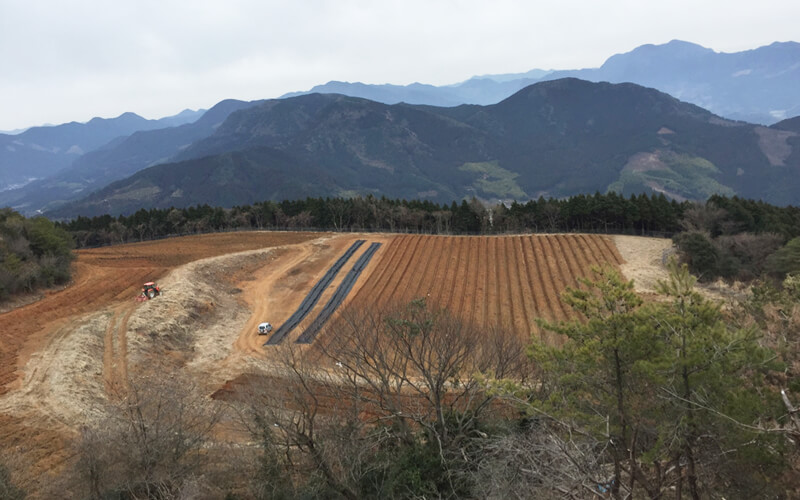 Shooting：February 21, 2015 A state after the establishment of the mulberry field 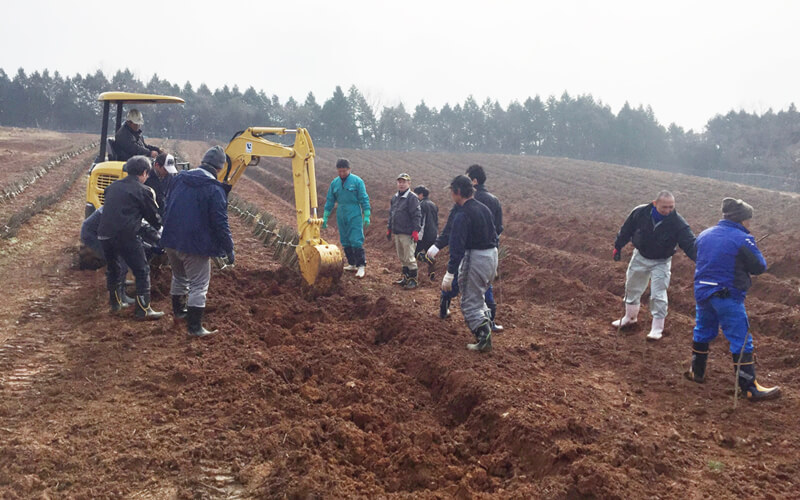 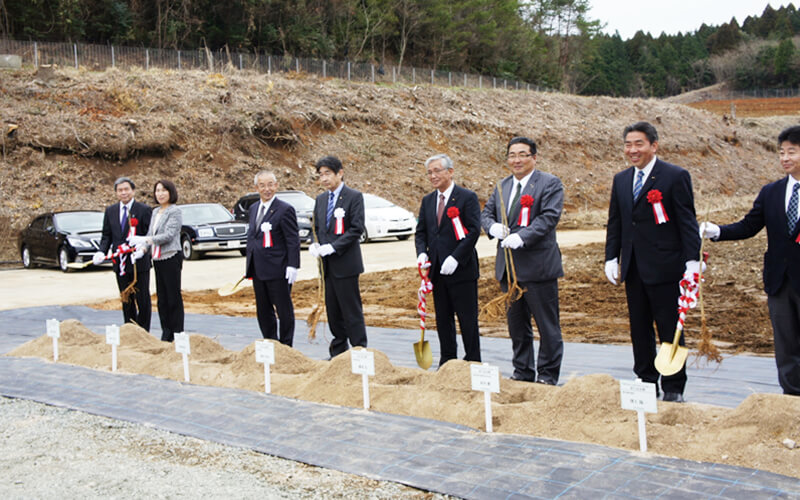 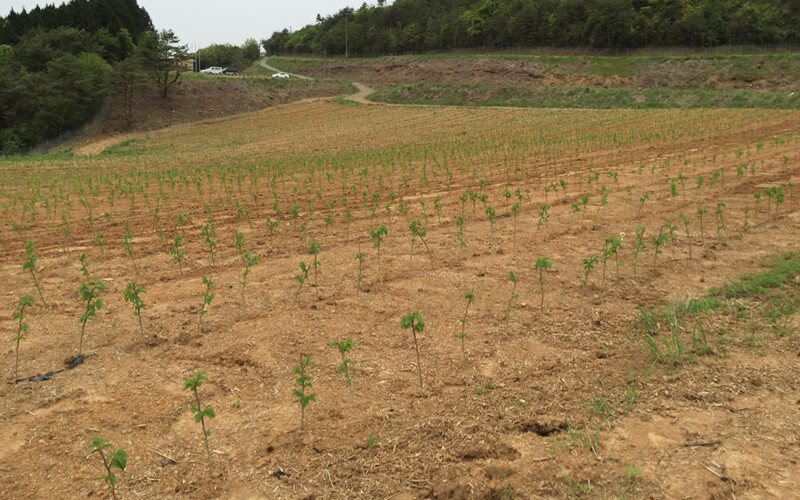 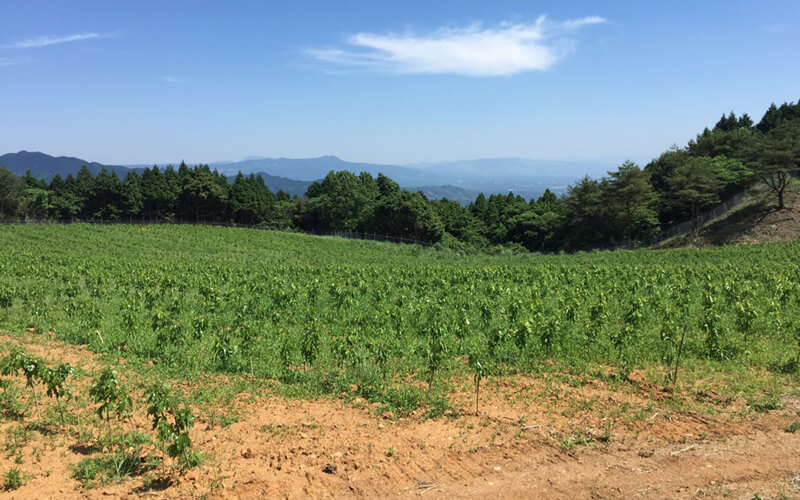 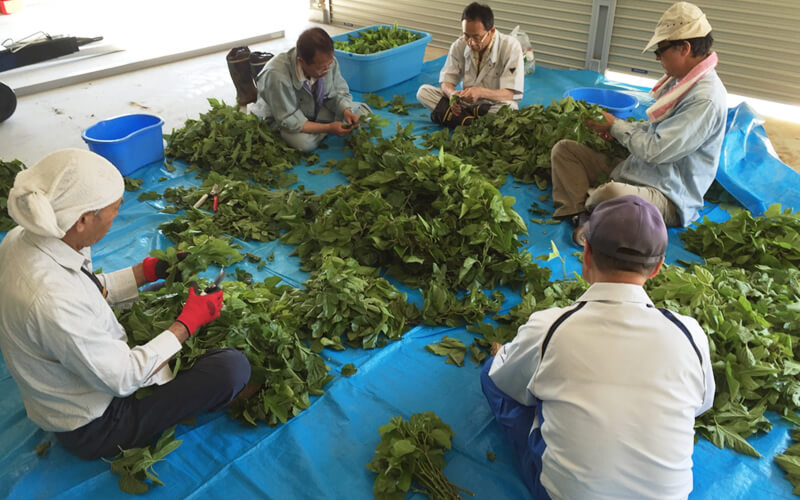 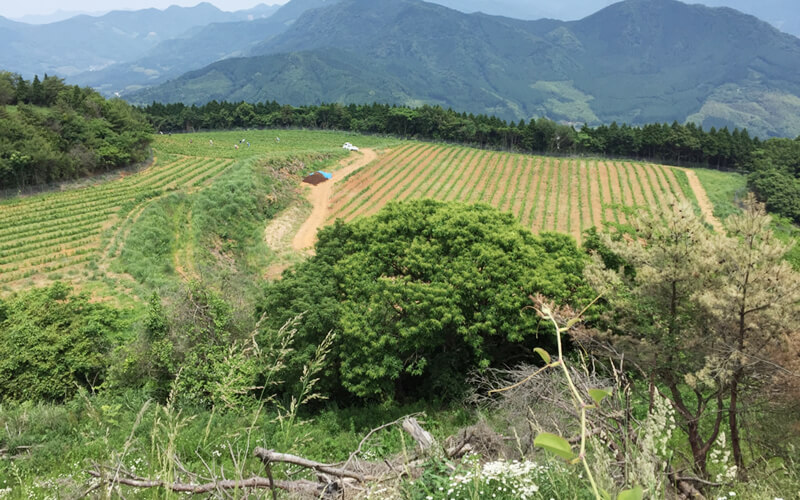 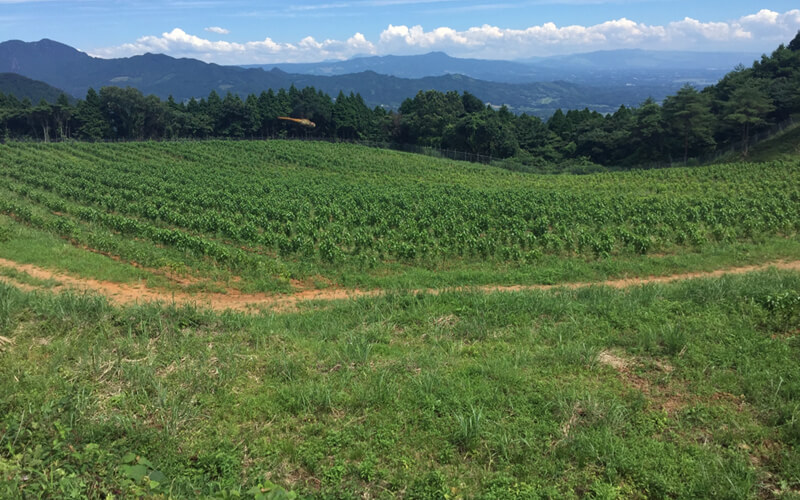 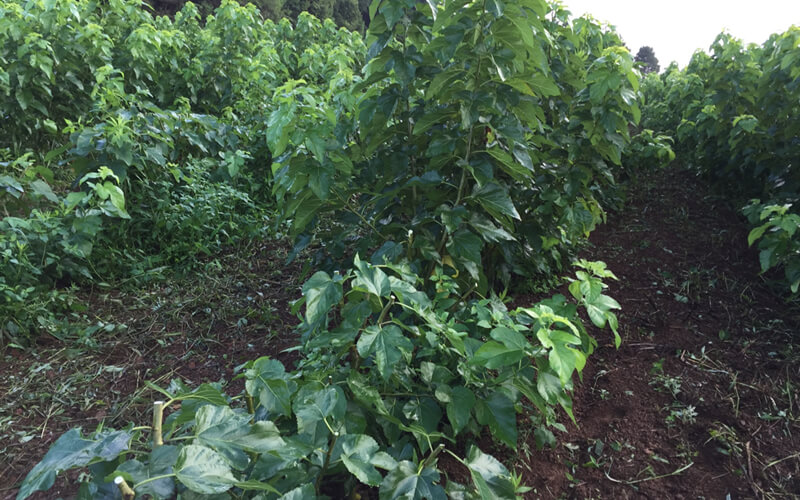 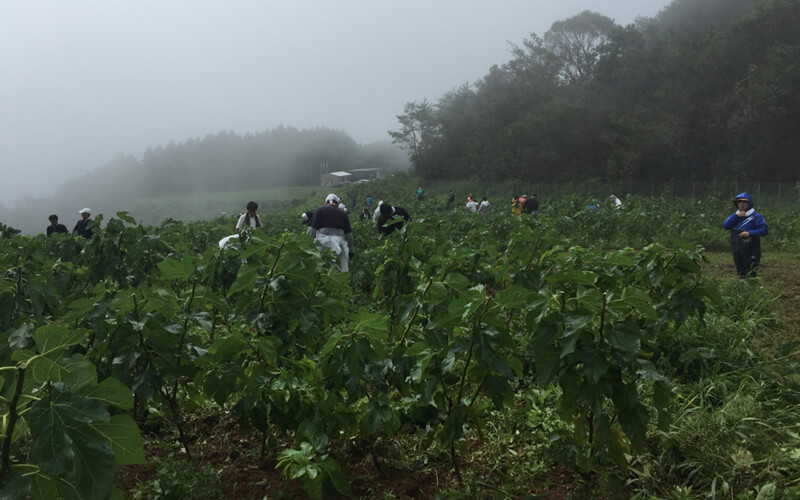 Shooting：September 6, 2015 Restoration work of fallen trees by Typhoon No.15 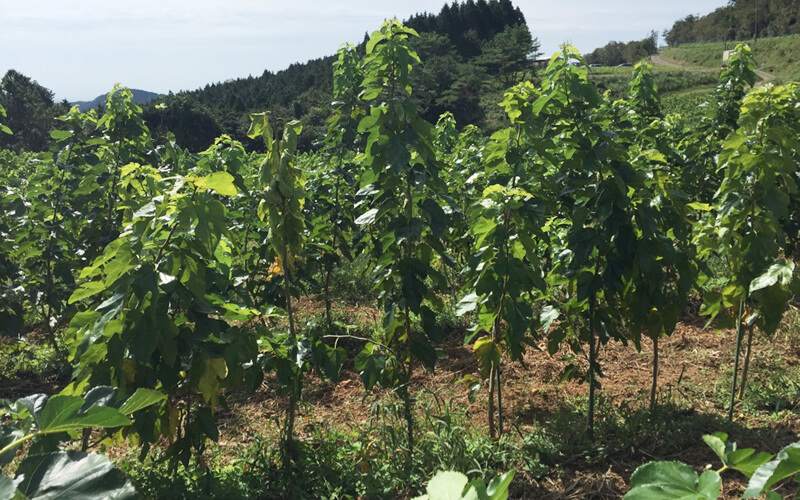 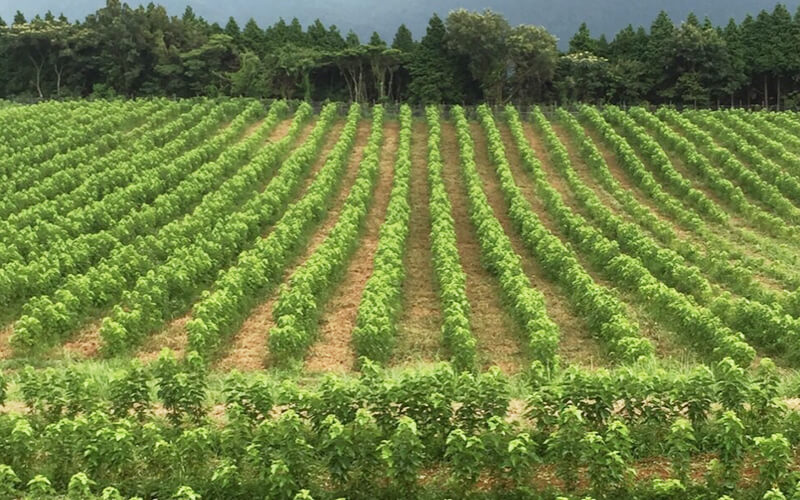 Shooting：October 8, 2015 A state of mulberry field 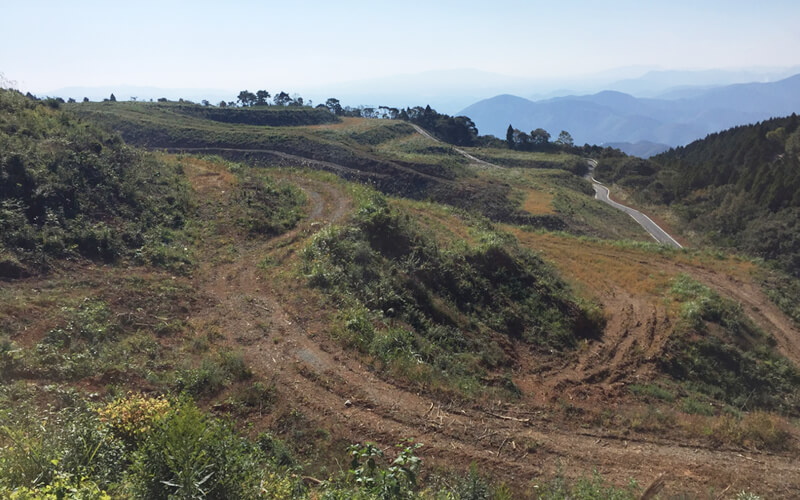