Looking at the silk-themed art, a new future of silk business 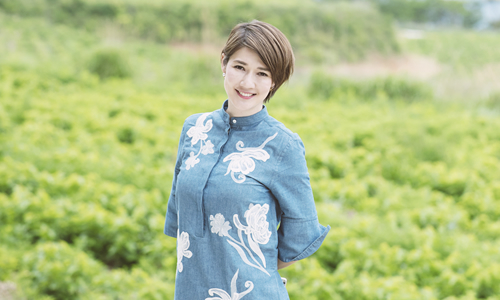 PROFILEMade images, music, photographs and performance works reflecting the way people change according to technology and society. Since 2013, she was appointed Assistant Professor of MIT Media Lab and founded a Design Fiction laboratory. VOGUE JAPAN Woman of the Year 2013 Winner.

I was surprised at the scale exceeding the imagination of Yamaga NSP factory.
Expecting contribution to the realization of silk bio industry such as gene recombination.

This time, I actually went to Yamaga City and visited the silkworm factory, firstly I was surprised at the size. I have the impression that it was big beyond my imagination.
In addition, in short movie production called "Love of silkworm - Tamaki no Koi" announced in 2016, in the effort with the research team of National Agriculture and Food Research Organization, genes that make oxytocin, also called love hormone , And developed a new species "red silk from destiny" containing red fluorescent protein.
I would like to think about mass production and commercialization as a new material by all means. When I thought so, I heard that a silkworm factory capable of mass breeding of genetically modified silkworms was completed, and I look forward to the development of Atsumaru Holdings co.,ltd "NSP Yamaga Factory" in the future.

Currently, not only in the context of art worldwide but also in IT and various other industries, attention to bio startup is increasing, so we are going to plant factory sericulture and genetic group throughout the year under this sterile environment I think that it also attracts attention as a new biotechnology industry for silkworms. Also, it is exciting to be able to make a factory with new functions because it will make you feel like the platform for realizing something new has been completed.

Regarding research and development of silk, I touched various information in various activities of National Agriculture and Food Research Organization. For example, because affinity of human skin and protein ingredients derived from silk is high, it can be used for medical applications, etc. We are paying attention to versatility of silk, and various product materials such as , I expect that if the commodity itself is born, I will notice the charm of silk more socially.

Of course, the beginning that gave me the opportunity to make works in silk was fashion, so I'm expecting it to be useful in conventional textile applications, for example using a 3D printer using powdered silk, if you imagine, such as developing, ideas will emerge to the extent that there is nothing to wear. 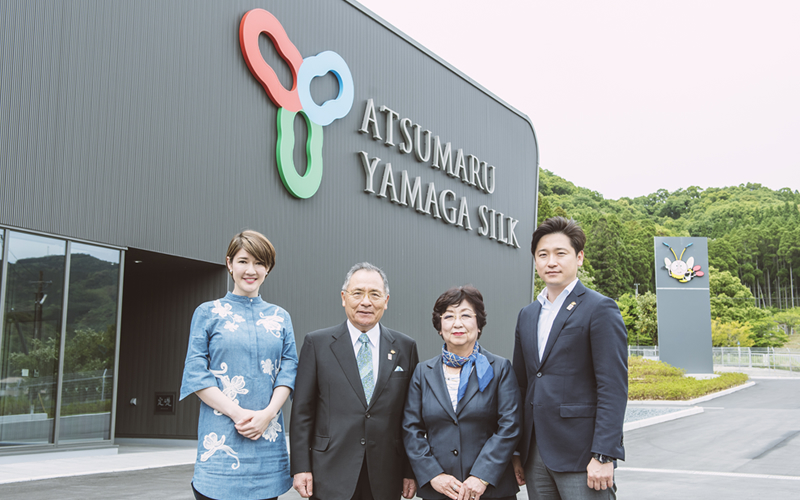 In the summer of 2014, I was invited to Gucci headquarters in Italy, and it was inspired by Gucci Japan that I will exhibit in Japan in the spring of 2015 as a trigger.
I was wondering what to create a theme, and remembered the news article of genetically modified silk. It triggered making works using silk.

Before receiving further consultation, I'd like to join KYOTO · Nishijin weave Hosoo's work together, Nishijin weaving silk is a very familiar material and has a long history, so it is perfect for making this work Thinking that it was a partner, we decided to offer and offer work together.

As an attempt, I met "genetically modified silk" born from state-of-the-art bio science in the process of Nishijin weaving's innovation and growing in the long history from the Middle Ages to the present age. I wanted to blend the cutting edge silk and create a totally new innovation, and Mr. Shinya Kushino, a shoe craftworker, joined us and I am going to make works.

First of all, National Agriculture and Food Research Organization is doing R & D of glowing silk by genetic modification, so I took contacts. However, it was refused by the first contact. But when I contacted again, once I contacted you again, I was going to meet and talk with you, I was able to speak thoroughly including the theme, and as a result I was able to cooperate in making the work.

The making of the work progressed rapidly in a very short time of 4 months. Although I was worried in a limited time, I think that I was able to make a good work.
In addition, through the days of research and development with silk and National Agriculture and Food Research Organization, the interest in silk became even stronger in the dense time of 4 months, while also teachers of National Agriculture and Food Research Organization and more It became a feeling of air to try new things, which led to the aforementioned "red thread project of destiny". At the exhibition of this project, there were more than 10,000 visitors in three weeks and it was a great success.
Besides that, I thought that the network with a genre of completely different genres was born in the National Agriculture and Food Research Organization, including myself, and I was able to make a very good effort for each other.

Explanation of the sky mulberry field

"Unexpected venture" which makes art making business. It may happen even in silk!

I made art works using silk this time, but sometimes I feel that art work creation may result in the creation of new business as a result. I call it "Unexpected venture" by myself.
In making works that are completely unaware of the market like art and started to move with concepts and themes, there are many things that we do not think much about money making at first. Nevertheless, when I announced about the work at MIT, the groundbreaking and singular materials and application methods used there attracted attention, "Was it a patent?" I was asked by businessmen from a certain country and business was invited

Silk with oxytocin does not have a direct romantic effect, but it can be thought that making a dress like love's love or commercializing red thread as a love charm. Thinking that way, even though art is the starting point, I think that the possibility of being a business is hidden from the beginning and that it may be that "Unexpected venture" will be born from there. This is "Unexpected venture”.

In making artworks using silk, many people were able to see the attractiveness of genetically modified silk, and many people such as researchers and creators including National Agriculture and Food Research Organization, Connections between people who did not exist are also born.
Sometimes it will also lead to the discovery of a new business, and if there are materials with a wide variety of research applications like silk spreads great possibilities, and if such dreams and hope are also born from such casual efforts I think.
In the future, I hope that a new future of silk will be opened up as a trigger of art. 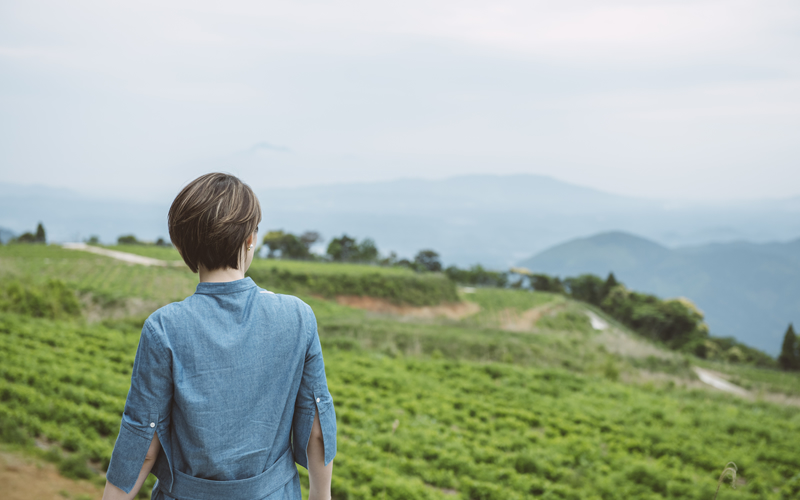