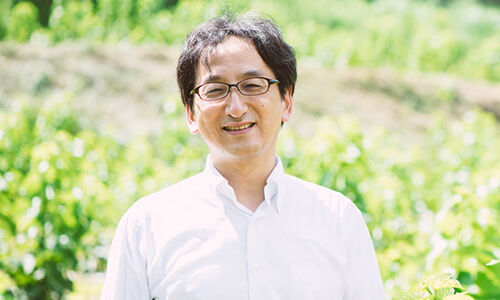 While keeping the infrastructure remaining, we will introduce sericulture industry to new industry

I entered the course of research because I wanted to explore the wonders of insect colors, shapes and patterns. For such insect fondness, silkworms were different from wild insects.
It is because it is domesticated animals that have been tamed by people. But when I study it, it is deep. It is "a wonderful creature" that can do a variety of things from basics to applications, I made a new recognition for silkworms.
More than anything silk can make "things". This is an advantage of Silkworm not seen in other living creatures much. And can be raised in large quantities. There is a background in silkworms that can broaden the range of utilization by gene recombination.

By "genetically modified silkworm", silk with new characteristics such as "spider silk" incorporating spider's string strength and "fluorescent silk" shining in the dark are born.
These are the things of the textile industry that is linked to the conventional sericulture industry.
However, the sericulture industry in Japan is on the verge of destruction, there are about 2.21 million sericulture farmers in 1929, 368 plants in 2015. It is very wasteful to decline the unique silkworm technology unique to Japan as it is.
While infrastructure remains, we are also seeking to break down the technology of genetically modified silkworms whether it can somehow be transformed into a new industry. 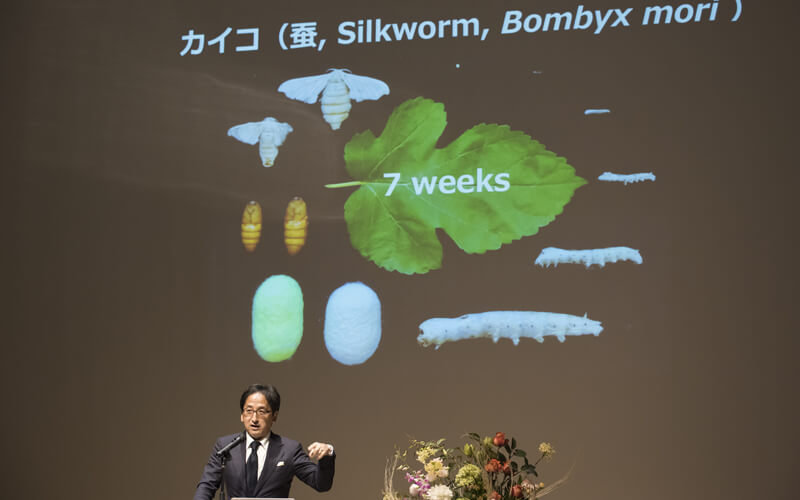 Mr. Sezutsu who announces his research and the possibility of silkworms with easy-to-understand 2016 Yamaga Silk Seminar.

On the other hand, the potential in medical field is also great.
For example, to make medicines in genetically modified silkworms.
By raising the medicinal efficacy and realizing inexpensive production in the country, there is a possibility that it can contribute to improvement of problems such as increase of medical expenses and excess of medicine imported.
In the approach focusing on the silkworm biosensor, research to make use of receptors for diseases such as cancer and smell of molds for male receptors that sense the female pheromone with a high sense of smell, to use for the management of health and the environment It is being advanced.
In space projects, for example, keeping silkworms when going to Mars, yarns can be medicated as well as food as a protein source. Others are using movements of silkworms as experimental animals instead of mice and the like.

Where it can be realized immediately, it is a technology to add ingredients more effective by gene recombination into silk, which is originally a superior cosmetic material.
Also silks used for surgical threads are familiar with the human body and are easy to assimilate with tissues, so it is considered that creating things that are materials for regenerative medicine will be realized for a long time.
Besides, there are many ways to utilize silkworms, including elderly people raising silkworms by using their hands and healing effects as pets.

It is because there is a history of silkworms and silkworms for 5000 years, which is such a useful creature for human beings.
I can not reproduce or imitate history, but I think that combining new technologies with a long history will significantly extend the range of possibilities of silk. 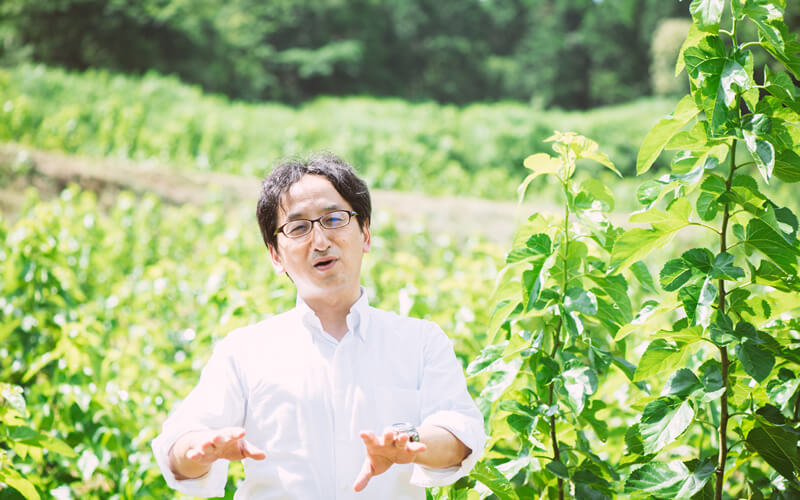 Mr. Sezutsu who laughs as "an insect juvenile since he was a boy," quickly checks the softness of the leaves of mulberry when taking a tour at the sky mulberry field, and takes out the pheromones that gather insects from the bag and enthusiastically shows the surroundings Show off your appearance.

In this era, Yamaga silk new project "SILK on VALLEY" started in such a time. Through this challenge, people gathered in the area of Yamaga, people who build a new system played an active part, I greatly expect that a "silkworm revolution" will occur that is not the industrial revolution.
＞Movie of 2016 Yamaga Silk Seminar