Miraculous revival with advanced technology sericulture served by the predecessors 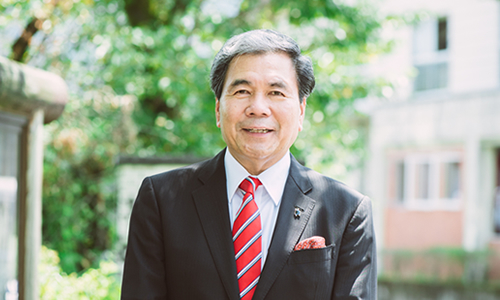 PROFILE In 1947 he was from Yamaga City, Kumamoto Prefecture (formerly Kamoto-gun, Inada village). Completed graduate school of Harvard University. After working as a professor at the University of Tsukuba, he became a professor at the University of Tokyo in 1997. He ran for the Kumamoto prefectural Governor in 2008, elected. Actively adopting the idea of the site, leading "Boss of Kumamon", advanced prefectural administration

Utilization of abandoned land for cultivation in Yamaga's traditional industry

This new silk sericulture plan is so advanced that it seems to be only one in the world. First of all, I would like to express my deepest gratitude to you for developing such a business in Yamaga City.

I was born in Kamoto-gun, Inada village, now Yamaga City in 1947. When I was a child, many farmers kept silkworms. When I was a junior high school student, a high school student at that time I was delivering newspapers, so when I entered the house and delivered the newspaper, I saw that silkworms are kept very carefully in the main building of each house.
It may be the last generation that could actually see such a sight, but the scenery that keeps silkworms for me is also the original scenery of Yamaga.
Also, there is also a border that the birth house was the first house where Professor Shunpei Nagano, famous as the founder of the modern silkworm industry, lived, and personally this project has a deep emotion.

Atsumaru Yamaga Silk co.,ltd produces a new sericulture project to make silkworms eat sterile mulberry in a sterile room, but the feelings that the predecessors valued silkworms and eat delicious mulberry leaves I think I can communicate. The tradition of "keeping the silkworms" is the ultimate form of modern technology.
In addition, in this project, we utilize the vast land which was abandoned cultivation in "sky mulberry field" which cultivates mulberry. The population reduction in rural areas in Kumamoto prefecture is a big problem, but in the sericulture industry which is the traditional Yamaga industry, the abandoned farmland is gone, and employment is born in rural areas especially it is a wonderful place.
A revival of miracles of traditional industries that once flourished. It is exactly the idea of reversal.

Mr. Kabashima of Kumamoto pref. at the groundbreaking ceremony of the factory. He talked about the hot feeling of this project born from Yamaga, his hometown.

The brand name of silk is the opportunity for "creative reconstruction"

In April of this year, Kumamoto Prefecture was hit by a massive damage unprecedented in the past due to the earthquake, and as a team Kumamoto is now aiming for "creative reconstruction".
Amid such circumstances, the fact that this project is progressing steadily, such as the start of the construction of a silkworm factory from the construction of the sky mulberry plantation, was carried out a great investment in the revival of a new sericulture business, the entire Kumamoto prefecture Nevertheless, it became very bright news.

From now on, I think that the brand name "the ultimate silk made from sterile silkworm" will be very important, but also to Kumamoto sales manager, "Kumamon" in Kumamoto Prefecture, such as appeal about its appeal and future prospects, I am going to have a great success.
"Regional creation" is screamed nationwide, but as a creative regional creation of Yamaga style, it has grown into a company, a business that becomes a flag of the area, it has developed into a Yamaga silk brand boasting to the world I sincerely hope to go. 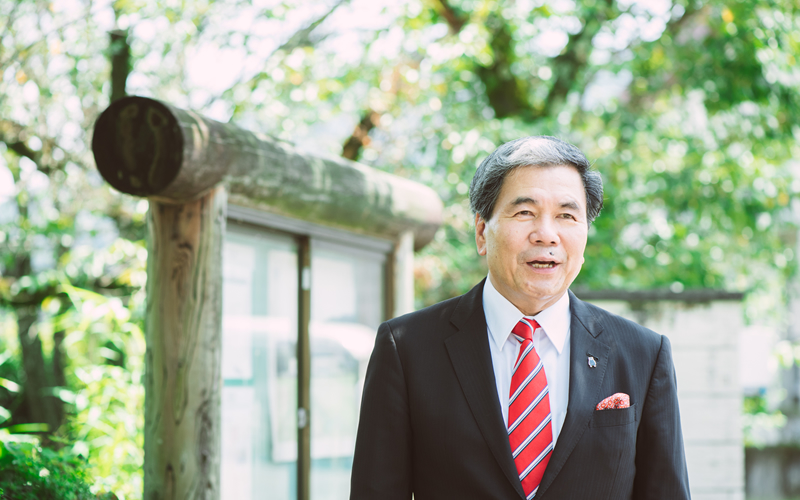